You are here: Home / Social Media Watch / Snapchat: Have a Chat with Your Teenager about This App Today

In this social media world teenagers live in today, photos and videos shared with friends are “out there” forever. Their digital footprint will follow them throughout their lifetime. This belief is being modified by a popular mobile application called Snapchat. Snapchat is a downloadable application intended for users who are 13 years of age or older. (see note below) Once the app is installed, users can then “chat” with friends through photos, videos and text. The draw to Snapchat is that it has a unique feature which automatically “self-destructs” images a few seconds after the image has been opened by the viewer. 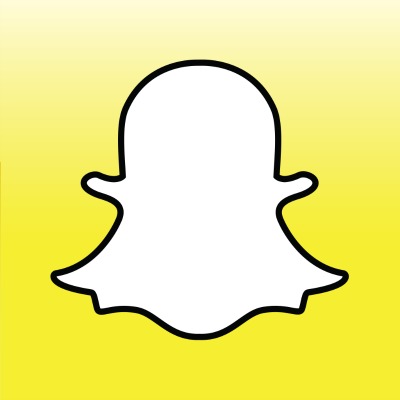 Because Snapchat photos self-destruct automatically, a dangerous trend has emerged among teenagers – sexting via Snapchat. Using Snapchat, teens take provocative or risqué photos of themselves and send to their friends, boyfriends, girlfriends, or even complete strangers. They feel safe sending these inappropriate images because they believe that those images will be automatically deleted by Snapchat after a few seconds.

sexting: the sending of sexually explicit messages or images by cell phone

Teenagers have a false sense of security because the inappropriate images can actually be saved as screenshots or photographed with another phone and shared without the teenager’s knowledge. These screen-captured images can be embarrassing and used against the teenagers in the images. They can be shared with hundreds of people in a matter of seconds. Whenever you post something online, you give up the ability to control where that image goes. Teenagers need to realize that these images are not private. The images can be shared with others regardless of whether or not they intend the shared images to be private.

What’s the best way to keep teenagers who use Snapchat safe?

Parents need to be aware of the social media profiles their teenagers participate in. They need to discuss with their teenagers the risks of sharing inappropriate images, even if they think the images will be automatically deleted. As with all social media, teenagers need to respect themselves and others. It is never okay to share inappropriate images, even if the teenager thinks they are in a “safe relationship” and those they are sending the images to will not share them. On the flip side, if your teenager is using Snapchat and receives an inappropriate image, they should not capture these images. It is simply not okay to share these images with others. They can harmful and embarrassing.

We were all teenagers. Some of us did inappropriate activities. We may have not known better. Our parents may have not had the discussion with us. However, YOU are the parent now. It is your job to protect your child. Be aware of the potential dangers and misuse of apps your child has downloaded. Know who they are sharing their information and photos with. Check their phones and mobile devices for inappropriate activities. Require them to share passwords with you. Be aware of the potential dangers of certain apps and have a very real discussion with your child about the risk involved with sharing information and photos. Make sure they understand the impact their digital footprint could have in the near and distant future.

Are all teenagers using Snapchat to send inappropriate images? Absolutely not! But, some are. Have this discussion today. Find out what your teenager is doing with their mobile device and online.

Note:  Children who are under the age of 13 are prohibited from creating a Snapchat account. Are there ways of creating an account if you are under 13? Absolutely! Is it being done? Of course. As a parent, you need to be vigilant with knowing what your child is doing online.